Stefan Schlegel will start at the Race Across America on June 14th, 2016 – the toughest ultra endurance cycling race in the world.
There is only one stage of the Race Across America – this leads nearly 5,000 km across America: from Oceanside, California to Annapolis, Maryland. The participants cross 12 federal states, 88 counties and 350 towns. They have to deal with significant temperature differences, overcome 53,000 meters of altitude difference and pass 4 time zones.

Stefan Schlegel took a whole year to prepare himself for this race. His training consisted of a mixture of cycling, athletics and mental training. 600-800 km a week he spent on his bike, many hours in the fitness room. Most important is, as he says, the mental training: ‘You win the race with your head, not with your legs, because the head is the first to give up!’

His goal is to beat the German course record, which currently stands at 9 days and 20 hours. Stefan wants to do it in less than 9 days – which means he must drive 550 km per day. This also means that he does sit almost constantly on his bike. 75 minutes break to shower and sleep are scheduled per day. Stefan is supported by a team of physiotherapists, paramedics, a cook, his coach, media professionals and a bike mechanic.

Stefan has 3 wheels for the race. He will transport them in the B&W bike.bags.

We keep our fingers crossed for Stefan already and looking forward to accompany him during the Race Across America 2016.

If you also want to do him any good – he is pleased with motivational emails that are read to him daily from his team. You can simply fill out this form on his website!

Stefan, we wish you all the best, a lot of strength, willpower and endurance! We believe in you! 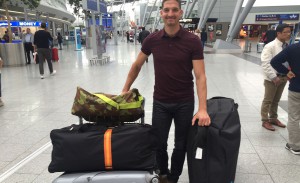 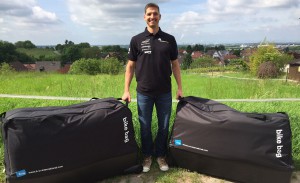 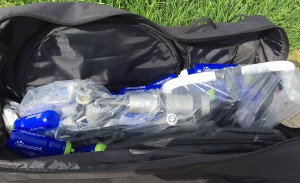