B&W will support the team of TriFinish Münster e.V. for the 2016 season and will be their official partner. 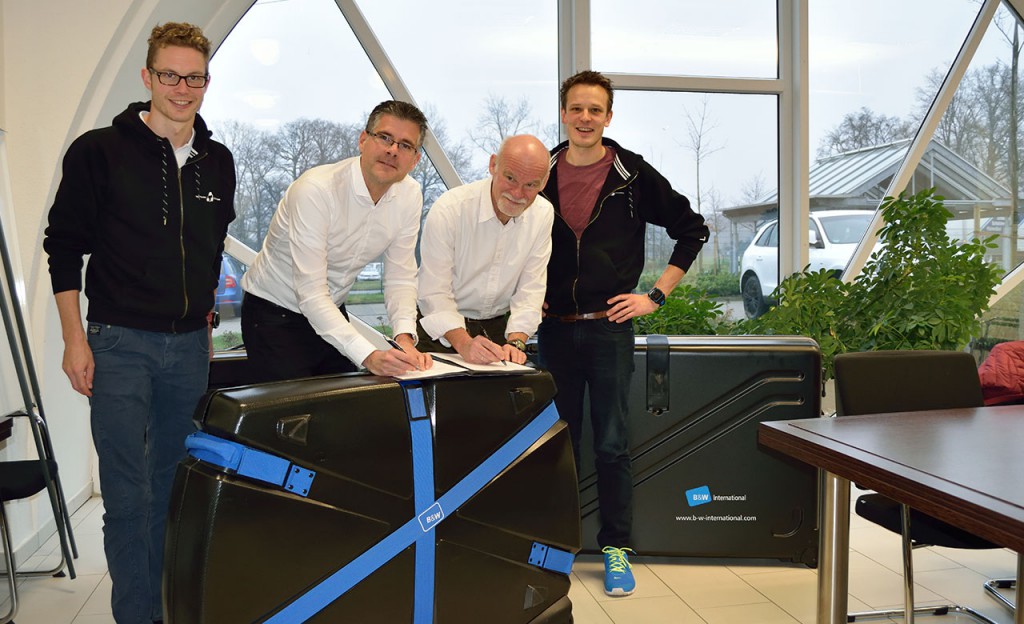 TriFinish was founded in 1985 as the ‘1. Triathlonverein Finish Münster 1985 e.V.’ and currently consists of around 250 members. Nationally the club is connected to the North Rhine-Westphalia Triathlon Federation (NRWTV) and the German Triathlon Union (DTU). TriFinish promotes both the recreational and competitive sports.

For this year B&W equipped Sebastian Czerny with a bike bag and Marco Akershoek with a bike guard curv. Furthermore TriFinish will use B&W double wheel guards to store spare wheels on the track during a race.

We look forward to the season and wish a lot of success for the whole team.